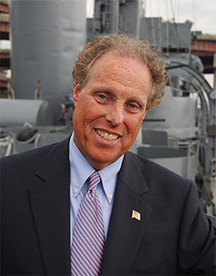 Robert F. Cross, author of the presidential biography, Sailor in the White House: The Seafaring Life of FDR, and Shepherds of the Sea: Destroyer Escorts in WW II, is a trustee of the USS Slater, the last destroyer escort still afloat in the United States. The museum ship is fully restored to its original World War II configuration and is moored on the Hudson River in Albany, New York. When his term expired in March 2015, Commissioner Cross retired as Commissioner and Chairman of the board of the Port of Albany, a 240-acre year-round seaport located on New York’s Hudson River. He served on the board for 17 years. He retired on December 31, 2013 as Commissioner of Water for the City of Albany, the second longest serving water commissioner in the history of Albany. He previously was an assistant environmental commissioner for New York State in the administration of Governor Mario M. Cuomo. Cross, a former award-winning newspaper correspondent, has written for the New York Times, Wall Street Journal, as well as a variety of Dow Jones community-based newspapers. He also has written for several national magazines and has appeared on C-Span’s Book TV and American History TV.

He has been involved in environmental and historic preservation affairs for many years. A native of Port Jervis, New York, Cross received his bachelor of science degree from the State University of New York at Albany and his master of arts degree from the State University College at New Paltz. He lives in Albany, New York and Nantucket, Massachusetts with his wife, Sheila, a physician, and Fala, their West Highland White Terrier. He currently is at work on his third book. 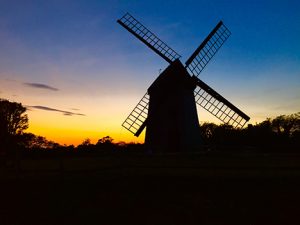